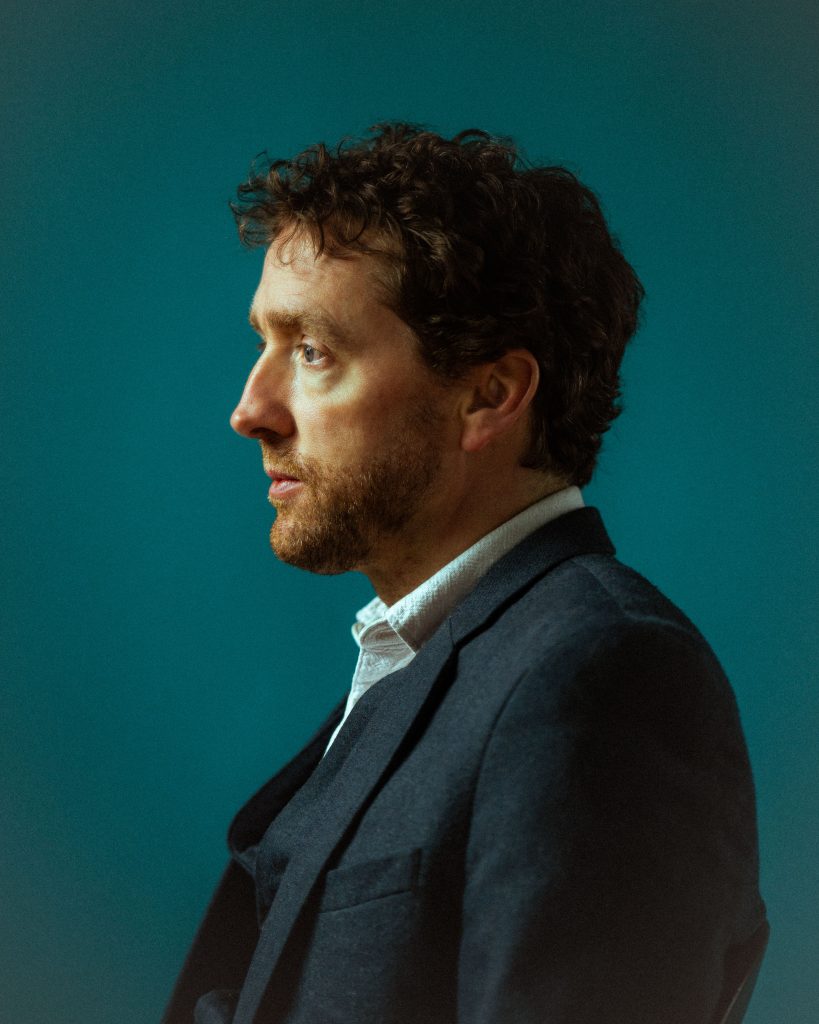 Almost twenty years ago Colm Mac Con Iomaire was struggling to describe his early attempts at composition and made a distinction between ‘tunes’ and ‘music’. Much of his playing life up to that point had been in the Irish traditional world of ‘tunes’ effectively the dance music which makes up much but by no means all of the instrumental repertoire in Irish traditional music. His father’s people came from the Connemara Gaeltacht and Colm’s family were Irish speakers living in Dublin. The Irish language ‘sean-nós’ unaccompanied singing tradition with its storehouse of ancient and beautiful airs was embedded early on in his musical consciousness. On his mother’s side there was classical instrumental music on the violin and piano and Colm learned to play as a very young child. It was a musical home, one visited by musicians and singers …. a place of naturally occurring opposites …Irish and English(language), rural and urban, classical and traditional, old and new.

The creative tension between these two notions of ‘tunes’ and ‘music’ produced a player composer and film score arranger who seems always to have been aware and inspired by the dualities in his musical and cultural world. His first musical collaboration happened while he was still in school. With school friends he started the contemporary trad band Kíla. Freedom to experiment was at the heart of Kíla. It was a cultural call to arms and the timing was crucial for a young musician on the threshold of adult life. Playing in Kíla was accompanied by a long spell busking with band members in Dublin streets. Playing and performing in duos and in big groups of up to twenty became a routine as did meeting other musicians and absorbing a huge mixture of new sounds and musical styles. And a new space opened up…. a world of streets populated by winos, pickpockets, drug-dealers, prostitutes and cops. It was he says his “eye opener on real life”.

A friendship with another busker Glen Hansard was followed by a leap into the professional mainstream and a new role, playing fiddle with the wildly popular Frames whose live gigs were and are the stuff of fan lore legend.

At the heart of the Frames whirlwind was a still centre. It pulled Colm back and inward. In the late nineties the Irish language television broadcaster TG4 offered opportunities to write scores for film .The compositions he made for these productions came from an interior place whose deep roots lay in traditional Irish music but also in an older way of life and thought, consciously mediated through his personal life lived out in the contemporary space.

So it was not surprising that the title for Colm’s first solo album The Hare’s Corner / Cúinne an Ghiorria signified not only an acknowledgement of the importance of that old culture but also an urgent plea for “the hare’s corner” in contemporary culture… a still place where space and time are set aside for something beautiful for its own sake. Hares live in a precarious world protected but also hunted and endangered.

His work in film and theatre has allowed him to progress and mature as an orchestrator of his own compositions. And Now the Weather / Agus Anois An Aimsir was critically acclaimed and he toured in Australia and USA with the band.

His new record is titled The River Holds Its Breath / Tost Ar An Abhainn and was produced by Bill Whelan. Bill also accompanies Colm on piano. It was recorded in the old-way – playing live to a reel to reel tape-machine.

In a crowded field of outstanding Irish fiddle players and interpreters of traditional music Colm Mac Con Iomaire is unique. His voice is unmistakably his own and his music bears distinctive creative hallmarks which have as much to do with his personality and character as with his impressive technical mastery, musical authority and exquisitely expressive playing.